In terms of venues, the second part of the 2020 season has delivered a mix of spectacular new tracks and old favourites.

Apart from Russia, a regular feature on the calendar for several years now, we have seen Mugello and Portimão make their debuts and the return of the Nürburgring and Imola. This weekend, we race in Turkey on another circuit much loved by the drivers, last used nine years ago: Istanbul Park.

Spectacular turn 8. The circuit is 5.338 kilometres long and features 14 corners, some of them among the most interesting on the calendar. They include the first turn, a steep downhill lefthander immediately after the start-finish straight. It’s been nicknamed the Turkish Corkscrew, because of its similarity to the famous turn at Laguna Seca in America. The best-known corner, however, is Turn 8, a very fast four apex left-hander, similar to parts of the Nordschleife at the Nürburgring. The race distance is 58 laps, equal to 309.356 km. The race was first run in 2005 when Kimi Räikkönen won, while the last time the race was held in 2011, victory went to Sebastian Vettel. Scuderia Ferrari has won three times in Turkey, all of them courtesy of Felipe Massa, his very first F1 win coming here in 2006, followed by two more in 2007 and 2008.

Spectators. Originally, the organisers were planning to allow a crowd of 100,000 to attend, however, the worsening of the Covid-19 situation means that the race will now take place behind closed doors.

Programme. After the last round in Imola experimented with a two-day format, Turkey sees a return to normality with two free practice sessions on Friday at 11 and 15 local time (9 and 13 CET,) with the third on Saturday morning at 12 (10 CET.) Grid positions are decided to start at 15 (13 CET) with the eighth Turkish Grand Prix getting underway on Sunday 15 November at 13.10 (11.10 CET).

“I am happy to be going back to Istanbul Park, a circuit that holds many happy memories and some less so. For example, you could say my Formula 1 career began here in 2006, as I made the headlines setting the fastest time in what was my second Friday free practice session appearance with BMW Sauber. And I also won here in 2011, the last time we came to Turkey.

It’s a very interesting track which is very nice to drive. There are several changes of elevation that are much more severe than they appear on television, as well as some very exciting sections. Of course, that includes Turn 8 with its three apexes, but actually, from a technical point of view, this track has a bit of everything. And I think that those drivers who have never been here before will also like it right from the start.”

“This will be my first time at Istanbul Park. I’ve watched a few videos of races and I’ve spoken to those who have raced there already and all the comments seem positive.

I can see the layout is very varied, with gradient changes and some spectacular corners. I am particularly looking forward to experiencing turn 8. It will be interesting to see how the current cars perform there, which will be something new for everyone.” 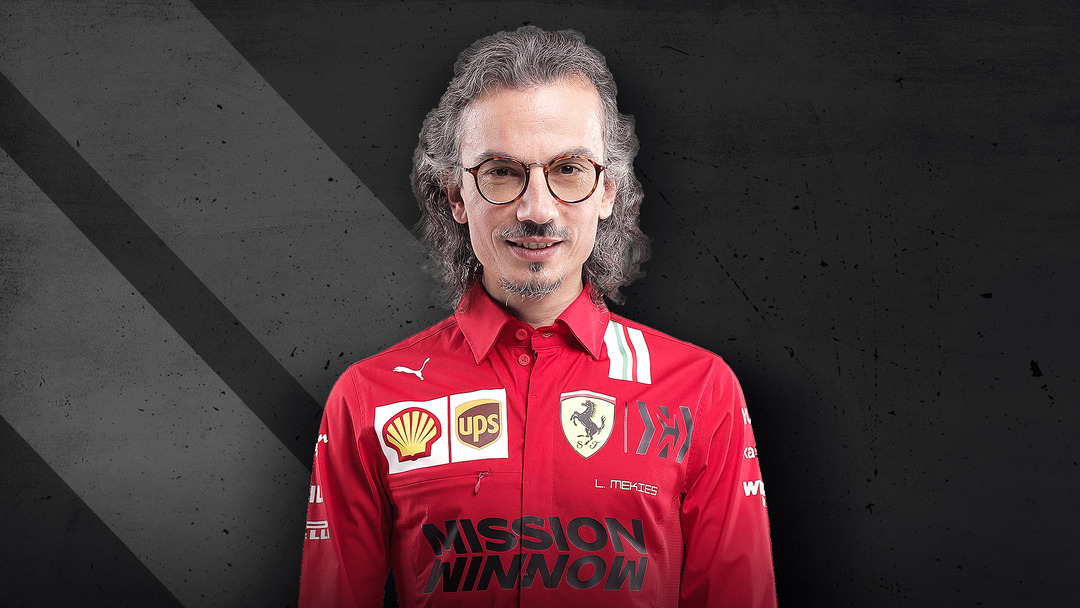 This weekend sees the return of another former race venue, as the Turkish Grand Prix is back on the calendar in this unusual season. To find out more about how Scuderia Ferrari is preparing for the event, we caught up with Sporting Director Laurent Mekies.

“After Imola and Nürburgring and a debut for Mugello and Portimão, now it’s the return of Istanbul. This year has definitely produced an excellent testbed for our working methods when it comes to tackling race weekends. Coming into an event and being well prepared without any recent data to count on is very important in a sport where time is of the essence. I’d have to say that, from this point of view, the season has gone quite well so far and the experience gained this year will be very useful in the future. In the specific case of Istanbul, where we have not raced since 2011, we are fortunate to have Sebastian who has already raced here four times, while Charles will be tackling it for the first time, having been able to try it out on the simulator”.

That means Charles has at least been able to get an idea about the famous turn 8, if only virtually, What can you tell us in detail about this corner?

“It’s incredible, very quick, well over 260 km/h but what makes it unique is its length and as a result, the time taken to get around it. It puts the car and the tyres under a lot of stress and it can also be tricky for the drivers, especially over a race distance, but I’m sure they’ll all enjoy this very demanding and challenging track.”

How do you think the SF1000 will perform here?

“Looking at the track characteristics, it won’t be an easy weekend for us. Nevertheless, the pecking order behind the top three drivers is always very close as it has been all season and the slightest thing can make the difference between fighting for a place on the second row or not making it to Q2. Our main aim is to confirm the small progress we have seen in recent races and if possible, reduce the gap to those ahead of us in the Constructors’ championship.”

One element that will make the weekend a bit different for the team is that, for the first time this season, Mattia Binotto will be following the weekend activity from Maranello. Will that change anything?

Mattia has always approached his role in an innovative way, trying to think outside the box. He has come up with a method of working that gives the flexibility to manage the priorities in the most efficient way possible: he had already adopted this approach when he was technical director and has applied it even more so now as team principal. At first, it might seem strange not to see him physically in the briefings or on the pit wall, but he will make use of all the current communication technologies so that his voice and input will be loud and clear to everyone, both inside and outside the team!” 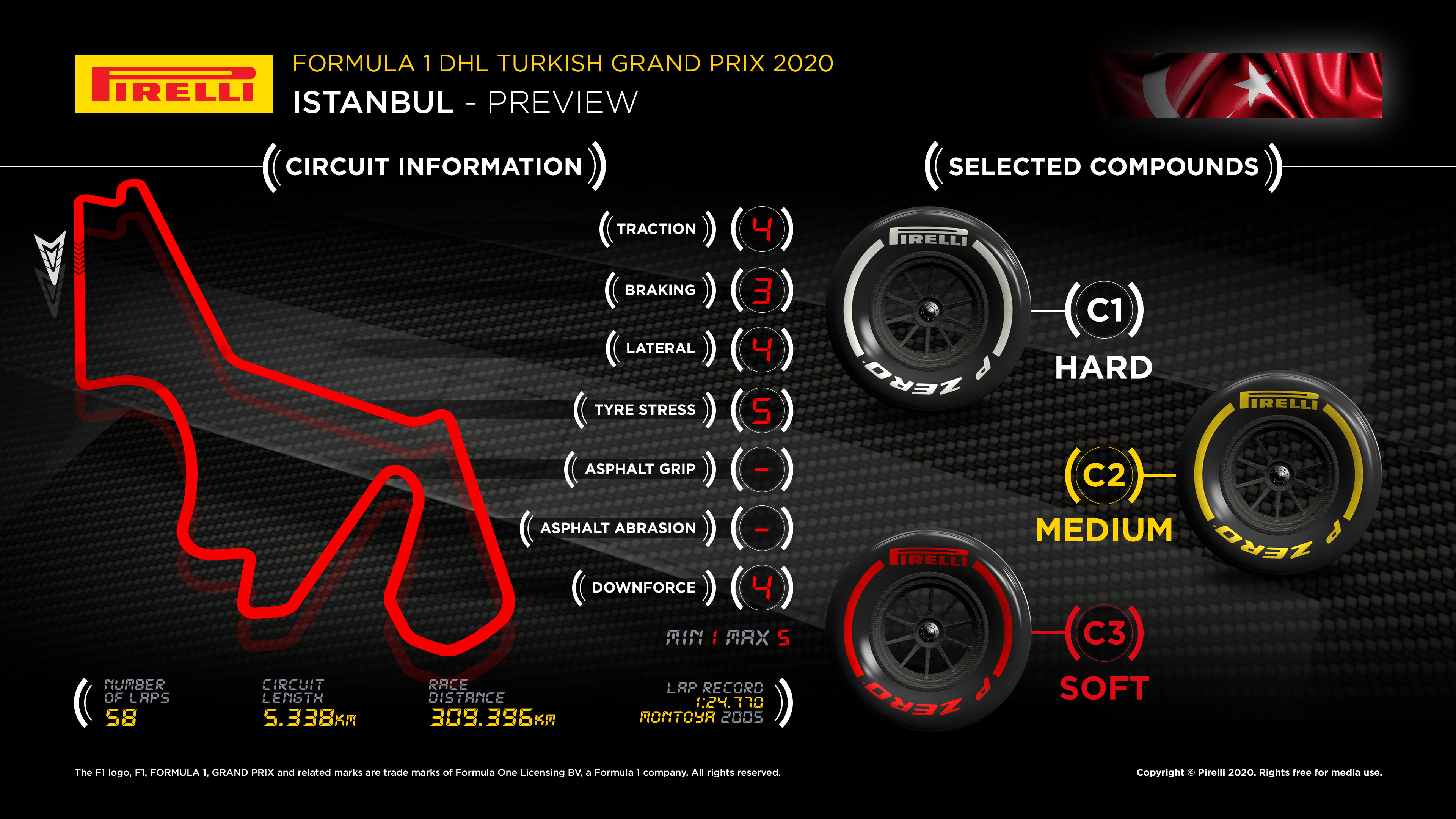 The post Welcome back to Istanbul Park appeared first on Paddock Magazine.