Sunday’s race will be the 71st British Grand Prix. This and the Italian GP are the only two races to have featured every year on the World Championship calendar. In fact, if Formula 1 can be considered to have a home, it’s probably Silverstone.

This historic venue sprung up from an RAF airfield, using the perimeter roads and on 13 May 1950, it hosted the first-ever Formula 1 Grand Prix and it was also here, one year later, that Scuderia Ferrari took its first win in the category, courtesy of the Argentine José Froilàn Gonzàlez in a 375 F1.

Three circuits. Over the years, the British Grand Prix has been run at three different venues. This year, Silverstone hosts the race for the 54th time, while it was run at Aintree five times and at the swoopy Brands Hatch track on 12 occasions. Ferrari has won in England 17 times, also taking 15 pole positions and a total of 57 podium finishes.

Different layouts. Up until 1990, it was very high speed and since then it has undergone several layout changes. For 1991, a much slower track was devised, removing some of its best-loved corners. Then in, 2010, the track was lengthened by 750 metres and the following year, the start-finish line was moved from the straight between Woodcote and Copse to the one between Club and Abbey. The current Formula 1 car generates a lateral force of 5g at Copse, which is taken flat and also in the legendary Maggots and Becketts sequence where the very quick changes of direction present the cars with a stern test, as they need to maintain momentum to have as much speed as possible down the Hangar Straight.

“Going back to Silverstone is always a special feeling even though this year we won’t see the very enthusiastic British fans in the grandstands. I am sure that we will somehow feel their presence.

It’s the first high-speed track of the season and it is vital that we use the two races we have here to improve our understanding of the car. We know that from a pure competitiveness point of view it will be difficult, but we need to focus on acquiring the best information possible so that we can develop our car in the right direction.

The race team had a few days back at base to regroup after the first triple header, and we are all returning to the track with the strong will to deliver the best possible result this weekend. It is certainly a character-building start to the season but we know that we can count on our team, our drivers, and our fans, to fight back as a united group. There is no magic formula to turn things around quickly and there’s a lot of hard work ahead of us, which is what we are here for.
Finally, it is good to see the calendar taking shape with 3 more races being confirmed, on circuits with very different characteristics which should represent a good challenge for the teams and a great show for the fans.”

“I really look forward to Silverstone because the track is amazing. I think we all love it. The circuit used to be an airfield so the area around it is very exposed and so the wind can play a very important role, as it can seriously affect the car’s handling one way or another. It can make it very difficult to drive or it can help the driver even more in getting what he wants from it.

The weather and the temperatures are usually unpredictable and that’s another reason why it’s not easy to find the right balance with the car. We’ll see how our car behaves on this type of circuit which again is different from those in Austria and Hungary, with a lot of high-speed corners.” 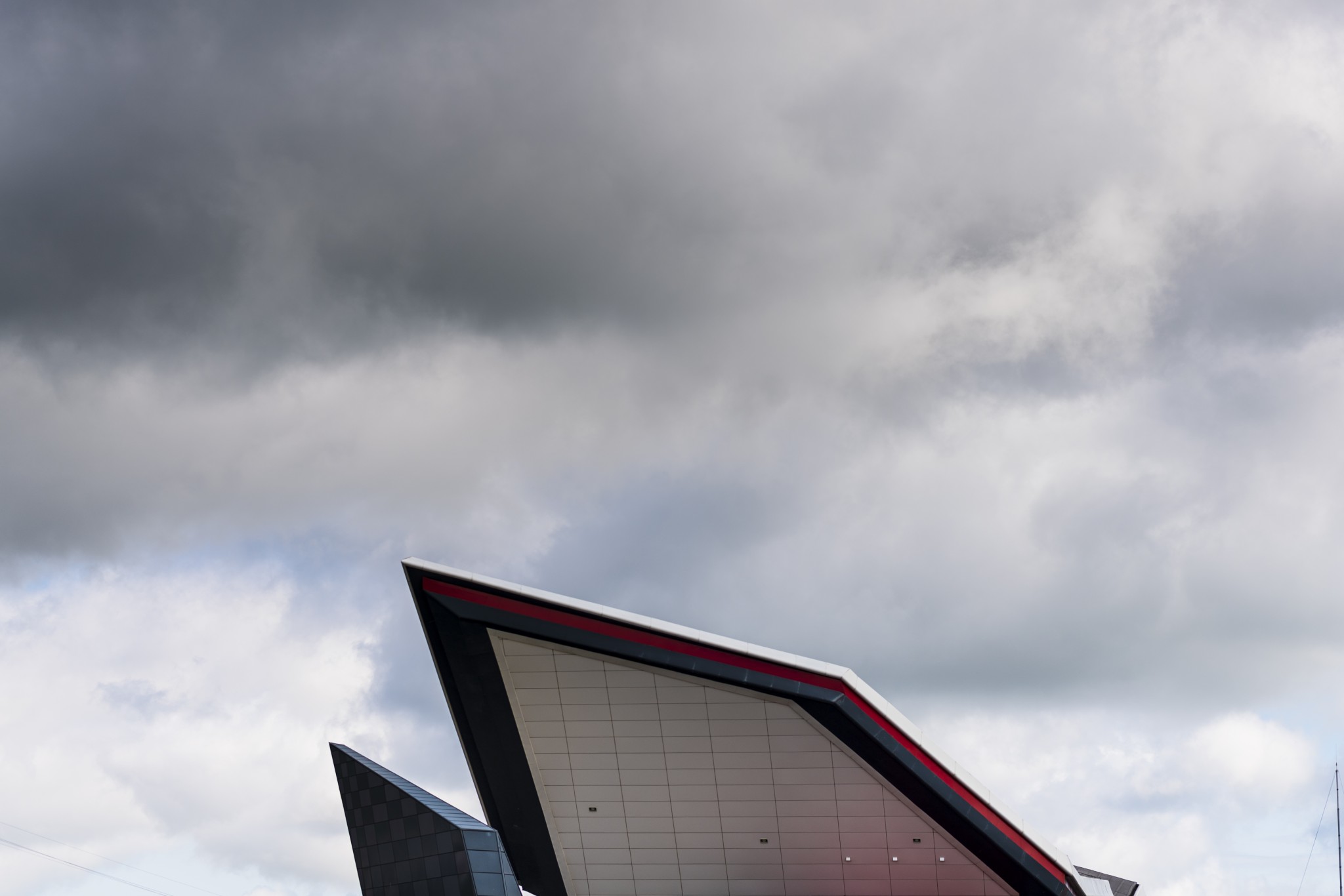 “Heading to Silverstone for the next race, two specific traits come to mind when thinking about the circuit. The track is very fast, with the Maggots-Becketts part being particularly impressive to drive through. It also tends to be quite cold there and changeable weather conditions mean it is a challenge to predict how the race weekend will turn out.

It will also be our second pair of back-to-back races held at the same circuit this season and the work completed during the first weekend is a good foundation to build on for the second event. We will have to learn as much as we can in the opening days and keep our heads down to make sure we make good progress”.

Last week in the team

There was not much time to rest for Scuderia Ferrari in the first week since the start of the season that did not feature a race. Monday saw the usual technical debrief, analysing carefully the performance of the SF1000, which again in Hungary, did not match expectations.

On Wednesday came the announcement regarding the reorganisation of the technical department. This is aimed at making it more efficient and focused on performance development, with a less horizontal chain of command, with those in charge of each department empowered to reach their goals.

A new Performance Development department was created, headed up by Enrico Cardile, with other areas remaining unchanged. 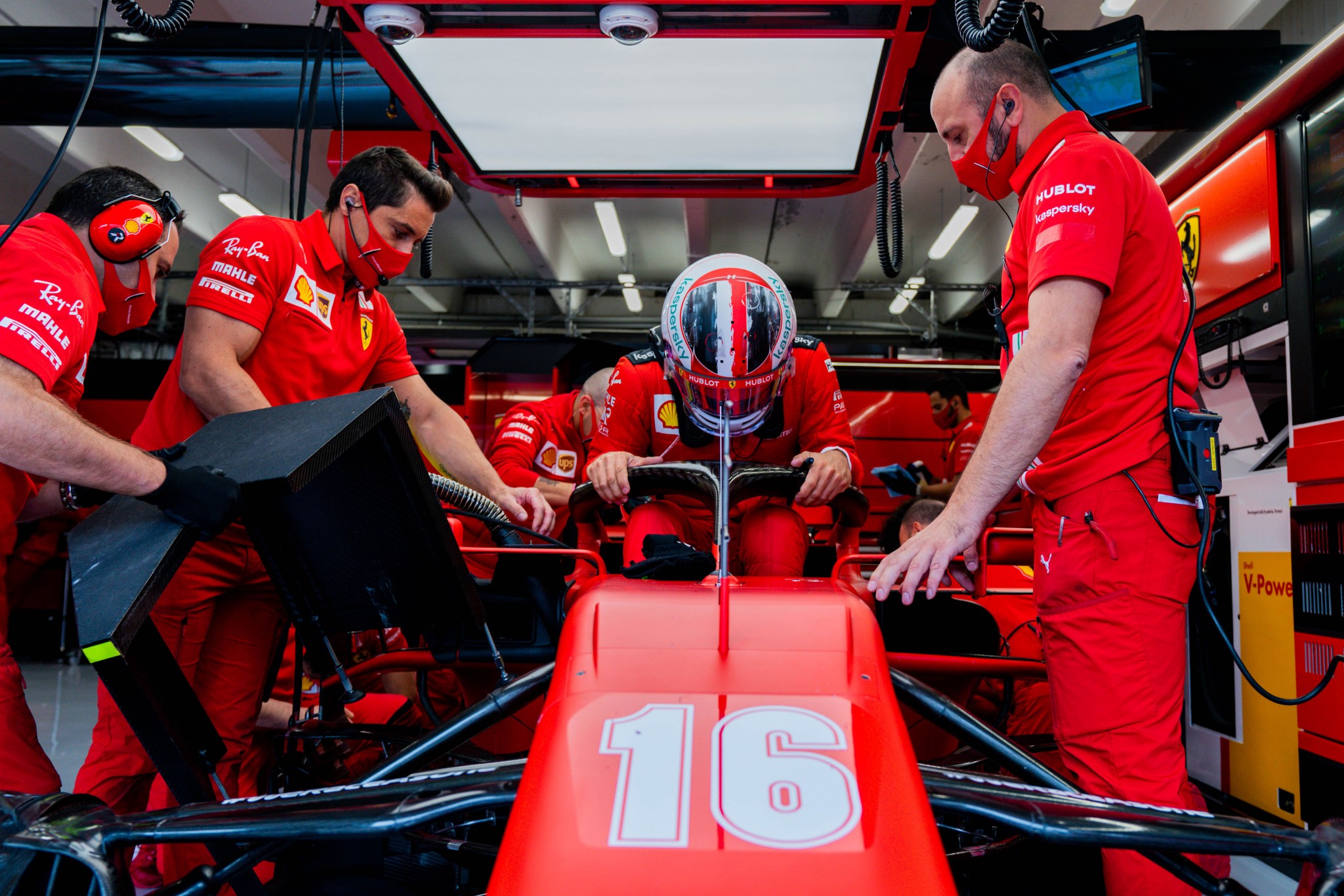